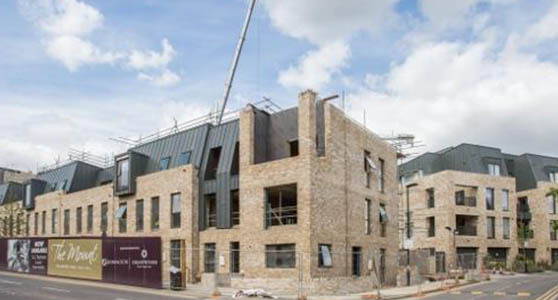 Kemper System's Kemperol V210 cold-applied liquid waterproofing membrane has been used to complete a mix of private and social housing at 'The Mount'; part of the 2,174 unit, multi-developer Millbrook  Park scheme  in  the London Borough of Barnet.

Comprising a mix of eight four-storey apartment blocks and four blocks of three-storey town houses, the landmark scheme is part of a major regeneration  project to  create a new community  in Mill Hill, which includes a new primary school and almost six hectares of green space.

Kemper System's Kemperol V210 membrane has been used as part of a brown roof build up on the apartment blocks, which also include a solar PV installation on the roof. It has also been used as the waterproofing membrane on the town house balconies.

Specialist contractor, Cawston Roofing was responsible for delivering the roofing scheme, applying Kemper System's Kempertec EPS Primer to the concrete substrate before installing the Kemperol V210 membrane in a single wet-on-wet process. The cold-applied resin was rollered onto the roof and Kemper System's 165g flexible reinforcement fleece was laid onto the wet resin, followed by more resin to ensure complete saturation prior to curing.

The inverted roof build up included installation of a double thickness of 180mm XPS (extruded polystyrene) insulation board onto the cured membrane, followed by a slimline deflection membrane and paving slabs to provide the base for the solar PV panels. The brown roof was then installed around the perimeter of each block. 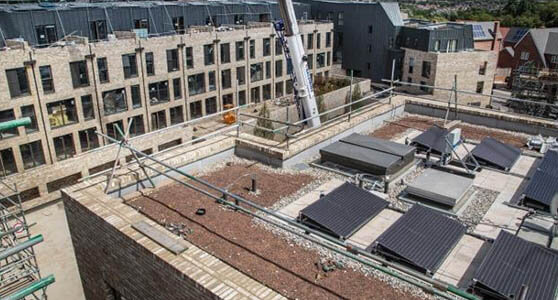 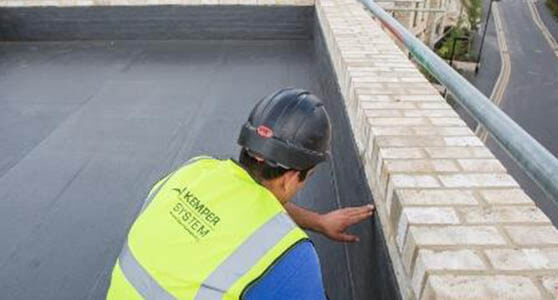 The same inverted system was used for the apartments' terraces, with a lighter insulation. On the townhouse balconies, the Kemperol V210 was applied to the ply substrate, using the same wet-on-wet resin-fleece-resin process, as there was no requirement for insulation.

Comments Kevin Cawston from Cawston Roofing: "The Kemperol V210 system was ideal for this project as it was suitable for use across the roof, terrace and balcony areas. With excellent root resistance it addressed the needs of the brown roof specification and the inverted roof build up enabled trades to begin the interior fit  out while work continued on the roof."