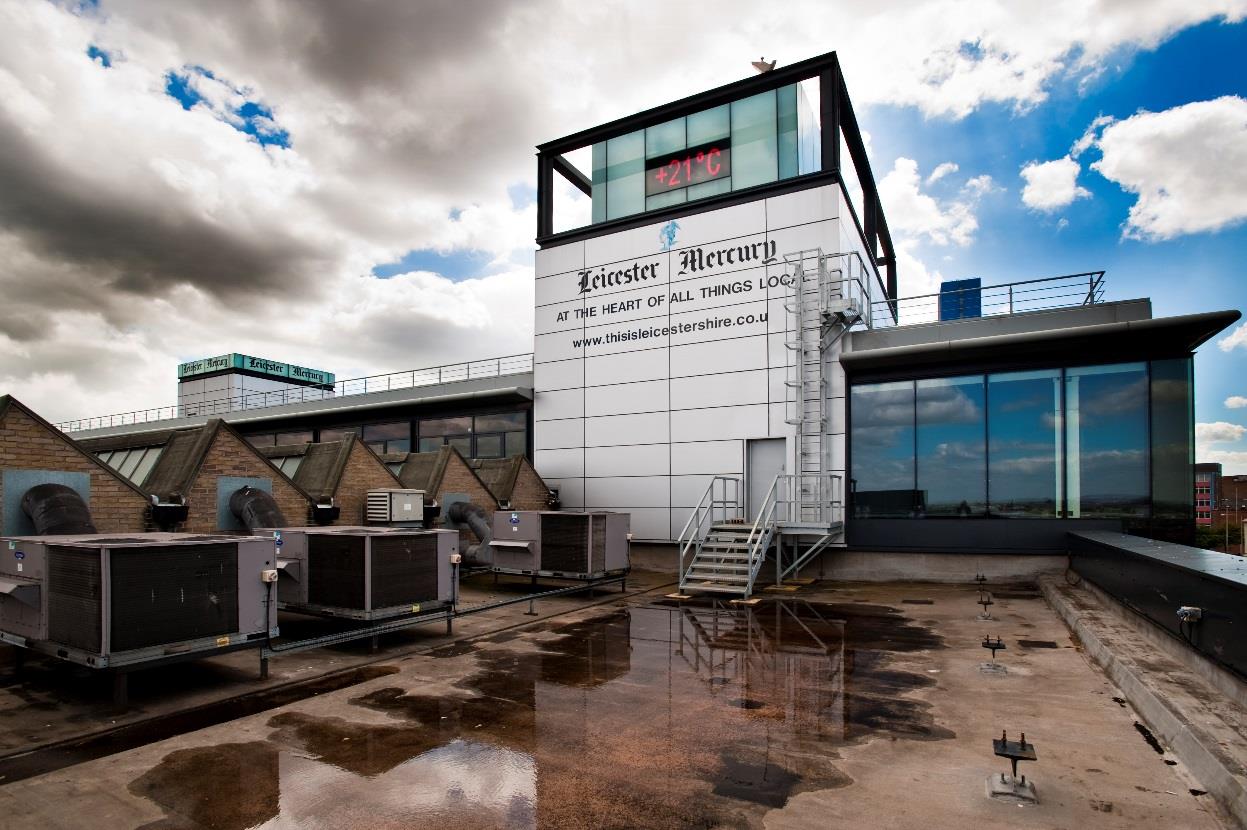 By the age of 35 most roof systems will have failed, been repaired or replaced and may even begin to look tired and in need of further TLC. ... but for the flat roof at the Leicester Mercury there is no loss in performance evident as the hardwearing Kemperol waterproofing system installed back in 1977 reaches its 35th birthday.

"Here we are in the Queen's Diamond Jubilee year and there can't be many things that still perform as well today as they did when she celebrated her Silver Jubilee back in 1977," comments Stuart Hicks, marketing manager of Kemper System, the company behind the Kemperol waterproofing system. "The Leicester Mercury was one of the first ever jobs to benefit from Kemperol technology in the UK and the fact that it is still going strong 35 years on demonstrates the excellent protection it offers despite the number of freezing winters and wet summers in between."

Kemperol, a cold liquid-applied resin system which incorporates a non-woven fleece to create a single, seamless waterproof membrane that will not delaminate, forms a strong yet flexible bond with the roof. The system has a 20-year warranty available, but 30+ years is the expected performance norm and the Leicester Mercury installation demonstrates that the system's lifespan in practice can stretch beyond this.

The Leicester Mercury has been reporting on local news for over 125 years so the Kemperol membrane is still relatively new to the newspaper, but the signs are looking good for the flat roof of its St George Street offices. Comments Carl Prickett, services manager at  Leicester  Mercury  Group Ltd:  "The stresses on a  large area of roof such  as this over  long periods  of  time can  be considerable  and  the  Kemperol  cold  liquid  waterproofing we used when the original flat roof started to leak has never failed once."