Kemperol is to the Manor Reborn 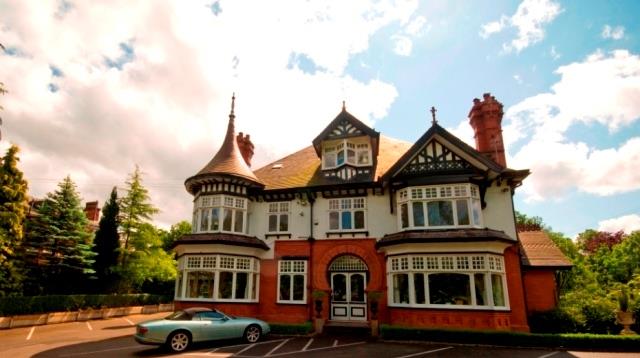 Kemperol is to the Manor Reborn

An Edwardian manor house in Manchester has had its 110-year-old lead flashings 'replaced' thanks to the flexibility of Kemperol V210 cold liquid-applied waterproofing membrane from Kemper System.

Rowsley Manor in Eccles was originally built for a wealthy cotton merchant at the turn of the 20th century, before being requisitioned as offices during World War II. It then spent 50 years as a residential home for elderly ladies before being left empty and derelict. The lead flashings on the house's distinctive turrets managed to survive but, were cracked and damaged due to age and differential movement. After spending more than a decade lovingly restoring the house to its former glory as a private residence, the current owner decided to replace the lead and opted for a solution that will provide an authentic appearance without any loss in performance.

Rather than replace the lead with lead, specialist contractor, Clark & Son, cleaned and prepared the existing damaged lead substrate before applying the Kemperol V210 membrane over the top. Kemper System supplied the cold liquid-applied membrane in 'anthracite' to create an authentic lead-coloured finish which ensures that the house retains its Edwardian appearance.

Clark & Son applied Kemper System's solvent-free 'R' Primer to the substrate and, while this cured, the installation team cut pieces of Kemper System's 120g non-woven fleece to size and shape, marking each piece to identify where it would be laid. The team then saturated the fleece in the Kemperol V210 membrane before applying it to the lead substrate. The same method was used on all the flashings, drips, roll effects on the timber joins and the flat areas of the turrets.

Comments Ronnie Clark from Clark & Son: "Stripping off all the damaged lead and replacing it with more lead would have made the job a lot more expensive and would have required more time on site. The Kemperol V210 resin saturates a reinforcement fleece and cures to create a flexible, durable membrane that cannot delaminate, adheres directly to the prepared substrate, and looks just like the original lead."

Roofing technology has moved on since this roof was first constructed and Kemper System's liquid membranes mean that we can now offer an aesthetically authentic solution with technically advanced performance that will continue to look good and perform for many years to come."

Rowsley Manor's owner, Clare Ward adds: "The leaks from the turret were causing damage to the restored plasterwork on the ceilings of the rooms below. Using Kemperol V210 to replace the lead has given us a cost­ effective solution that will last for at least 25 years so no more leaks!"