Kemper System's Kemperol V210 has been used yet again to repair the roof of Royal & Sun Alliance's headquarters in Horsham following the success of a project to refurbish the building's balconies last year.

Within the central part of the building there were three individual roof areas, covering a radius of 400m2• These areas were overlaid to address leaks in the existing single ply membrane. Roofing contractor, All Angles Roofing, carried out the six-week project on behalf of principal contractor, RCL Services, including repairs to the existing insulation.

The scheme follows on from three previous projects, spaced over two years, to repair three balcony areas, covering a total of 710m2   on the same building where water ingress was putting refurbished areas below at risk.  Several attempts to repair the roof with other systems had failed to address the issue, but Royal & Sun Alliance has no further leaks thanks to the Kemperol V210 overlay.

All Angles Roofing having cleaned and prepared the existing roof surface applied Kemper System's D primer. The installation team then laid the Kemperol V210 resin in a single wet-on-wet process that ensures complete saturation of the reinforcement fleece. Once cured the resin forms a seamless, elastomeric waterproof membrane that bonds directly to the substrate.

Comments Mike Baulu from All Angles Roofing, "We have carried out numerous programmes on this building over the past few years and the balcony areas had proved a particular challenge.

"A year after being refurbished using Kemperol V210, the balconies are performing well with no signs of any leakage, so R&SA had no hesitation in using the same system for this new roof area." 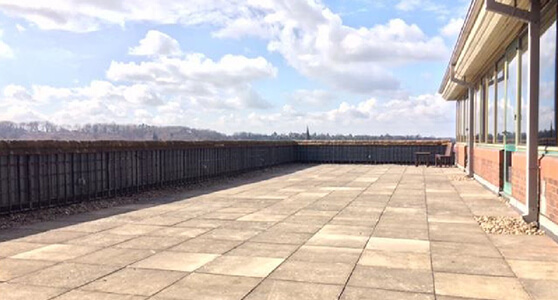 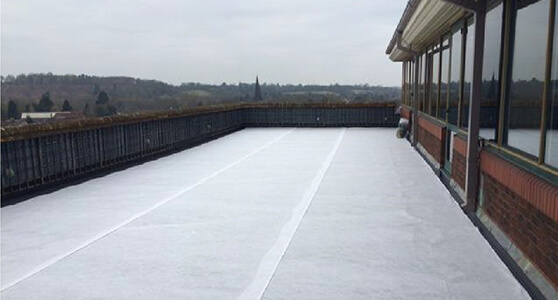 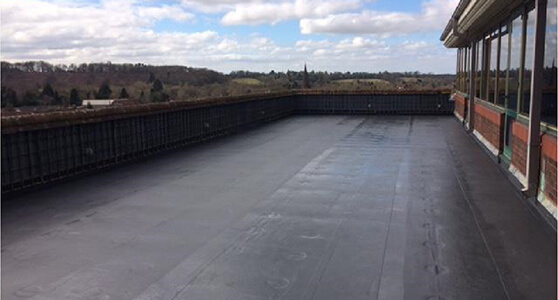 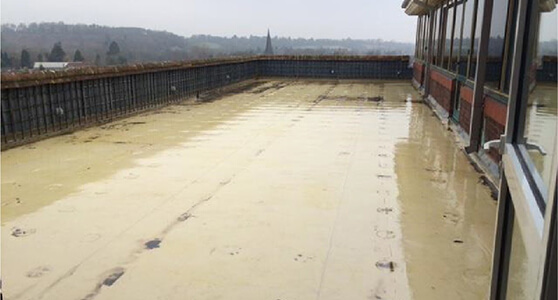