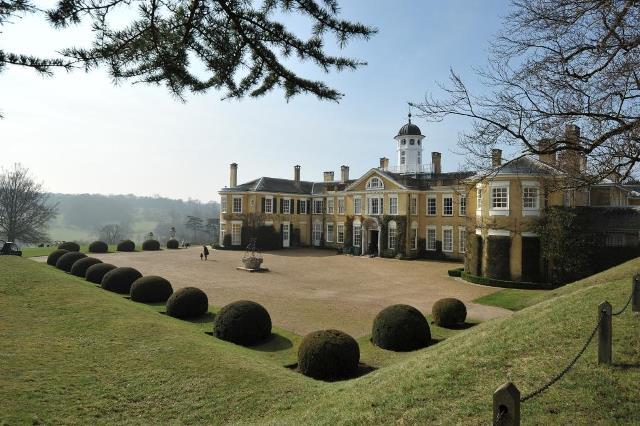 Kemper System's Kemperol V210 has been used to safeguard the roof of National Trust Property, Polesden Lacey, and the many priceless antiques and collections inside it.

Located just outside Darking, Polesden Lacey was originally constructed in the 18th Century and extensively remodelled in the Edwardian era. Not only does it boast breath taking views of the Surrey hills, it is also home to a large collection of paintings and antiques so, when a section of the house's decorative copper and lead eaves guttering began to leak, The National Trust needed to arrange for a repair quickly to prevent any damage to the house or its contents, but replacing the copper and lead would have put too big a hole in the much needed funds at their disposal.

Specialist contractor, Imperial Leadwork, was brought in to overlay the 25m X 30cm section of perished decorative guttering with Kemper System's Kemperol V210, to provide a cost effective repair with a guaranteed service life. Imperial Leadwork began by cleaning the copper and lead surface and making localised repairs before applying Kemper System's D Primer. Once the primer had cured, the installation team applied the Kemperol V210 cold liquid resin. The resin saturates a polyester reinforcement fleece and bonds directly to the substrate. Once cured the Kemperol system forms a seamless, durable and flexible waterproof membrane that cannot delaminate.

Explains Peter Lane at Imperial Leadwork: "Replacing the decorative copper and lead eaves with copper and lead would not only be more costly but would also take more time. By opting for Kemper System's Kemperol V210, The National Trust has used an alternative that looks authentic, is quick and cost-effective to install and will provide a robust solution for many years to come."