And the Rest, as They Say, is History - Kemper Systems 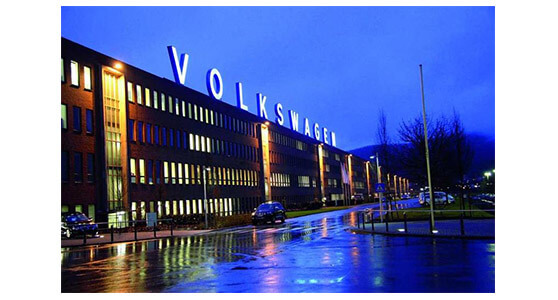 And the Rest, as They Say, is History - Kemper Systems

When Dr Heinz Kemper started out in business in 1957 as founder of Kunststoff & Lackfabrikation Kassel, later to be renamed KEMPER SYSTEM, nobody imagined that he would one day play a major role in the international market for liquid applied waterproofing systems. What's more the late Dr Kemper is considered to be the pioneering 'inventor' of this waterproofing technology.

In 1959 Volkswagen began building on the site of the former armaments factory of Henschel Flugmotorenbrau GmbH. Today, the VW works in Baunatal near Kassel, responsible primarily for the production of gearboxes, has about 15,000 employees and is the largest employer in the region. It is here that the KEMPEROL® success story began.

Messrs Krug and Schmaling from the Building Department proved to be ideal assistants in the birth of this product development, for it was they who asked Dr Heinz Kemper to find a solution for the apparently insoluble problem of leaking flat roofs. This innovative entrepreneur, the owner of Kunstoff & Lackfabrikation just a few miles down the road at Vellmar, had already completed various contracts for VW. He accepted the challenge immediately because he recognised the enormous economic potential. He couldn't have chosen a better time!

The 1960's marked an economic boom decade in the Federal Republic of Germany and industrial production exploded beyond all expectations. The flat roof had become a standard for industrial buildings for reasons of cost, but the waterproofing materials at that time could not match the demands. Expansion joints, details and junctions proved to be especially vulnerable to problems. Structural movements and the diverse behaviour of different materials very quickly led to cracks in the  waterproofing. Moisture  began to  penetrate and threaten  the hitherto untroubled manufacturing operations.

Dr Kemper had already used polyester for internal waterproofing measures. He now started testing ways to make polyester flexible. He was looking for a permanently elastic material that could accommodate stresses in the substrate and compensate for structural movements without tearing, without becoming brittle.

After many disappointments, the 210th test of a three-component liquid waterproofing system based on

The began its success story, whihch has continued to this day.

The newly developed KEMPEROL® V210 was first used by VW on its power station before Mr Schmaling, one of the co-initiators of the project, specified the new waterproofing for buildings 1 and 5.

So in 1969 after many years of research and development, he registered the first ever patent for a liquid applied waterproofing product, KEMPEROL® V210, and laid the foundations for the long-term success of the company.

"(Since 1969) Over 300,000 sq.m of roof surface has been waterproofed with KEMPEROL®", explains Horst Kramer, architect and head of the Building Department. He has been employed at the VW works in Baunatal since 1985 and right from the start used Kemper System products on the roofs: building 4a in 1985 (10,000 sq.m) and building 6 in 1986 (62,000 sq.m). "The liquid waterproofing material is our favourite for critical areas, for example, where ponding occurs owing to inadequate falls."

The roofing works for VW have been carried out by local roofing contractor Johannes Becker  GmbH for  deades.  Back in 1969, as the first major project got underway, it was Heinz Becker who was responsible for applying KEMPEROL® V210. The current head of the company, Volker Becker, carries on this tradition. 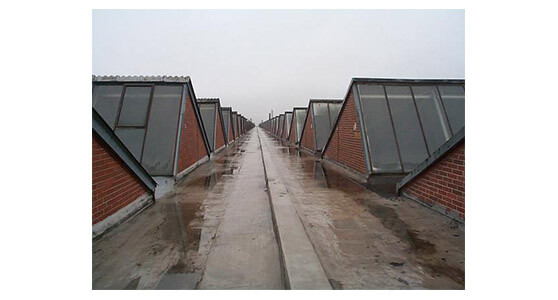 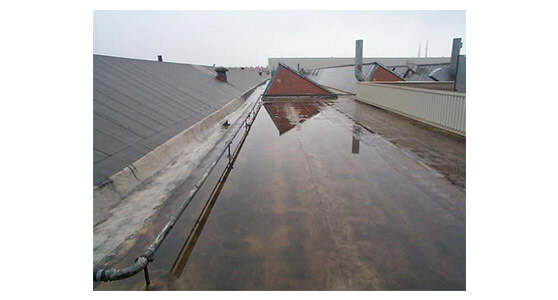 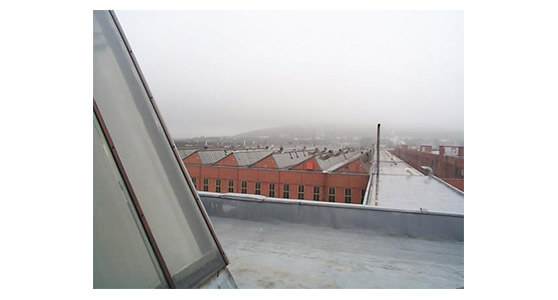 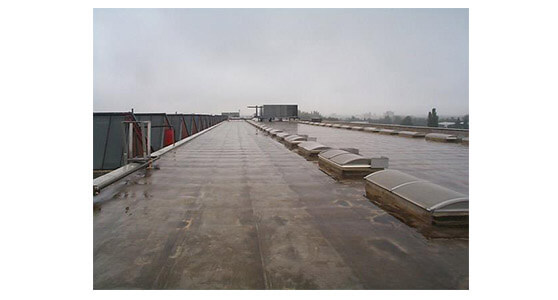 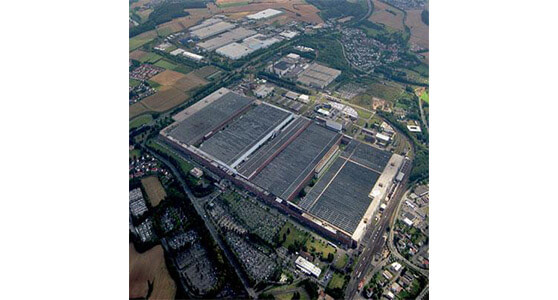